Sixth stage: 13km from the Cistercian Monastery of San Pedro Cardeña to the World heritage site of the Burgos Cathedral.

The Camino de Santiago has its origins in pre-Roman times when people of the Celtic tribes made their way from Northern Spain, France and the far reaches of Northern Europe to Finisterre “Land´s End”, on the coast of Galicia. These people intensely connected with nature and its cycles, venerated the sun and the moon and in search for a profound spiritual experience walked to the furthest most westerly point in Main Land Europe on the Costa do Morte and watched the sunset “Death of the sun” over the endless waters of the Atlantic Ocean.

The story continues during the Roman occupation of Hispania, when James the Great, one of the original apostles, preached and lived in Galicia for a while before returning to Palestine in 44AD where he was beheaded by King Herod becoming the first apostle to be martyred. The Legend has it that his remains where brought back by boat to Galicia by his followers and buried somewhere inland. Much later in the early 9th Century the legend says that a hermit found the remains of Saint James and with the blessing of the Pope Carlo Magno the pilgrimage route to venerate his sepulcher was established. Throughout the middle ages the Camino de Santiago was extensively travelled, becoming not only a pilgrimage route but also a communications highway and more importantly a well established frontier between the Arabic Caliphates and the Roman Catholic Kingdoms. By the 15th Century however the convulsive sociopolitical situation in Europe left the pilgrimage route in serious decline.

The Camino de Santiago became internationally well known again when it was declared a World Heritage Site and European Cultural route in the 1990´s. The Pilgrimage path has reclaimed its legendary status over the last few decades by establishing itself as a modern spiritual journey for people of many cultures and creeds. Its popularity is rapidly increasing and it is estimated that 500,000 people from all over the world will be completing the pilgrimage in 2016.

Stage 6 leaves due west from the Monastery of San Pedro Cardeña and follows its outer walls down towards the River Arlanzon where it joins the “Camino de Santiago” and follows the popular route along the river right up to the Cathedral steps in the centre of Burgos. 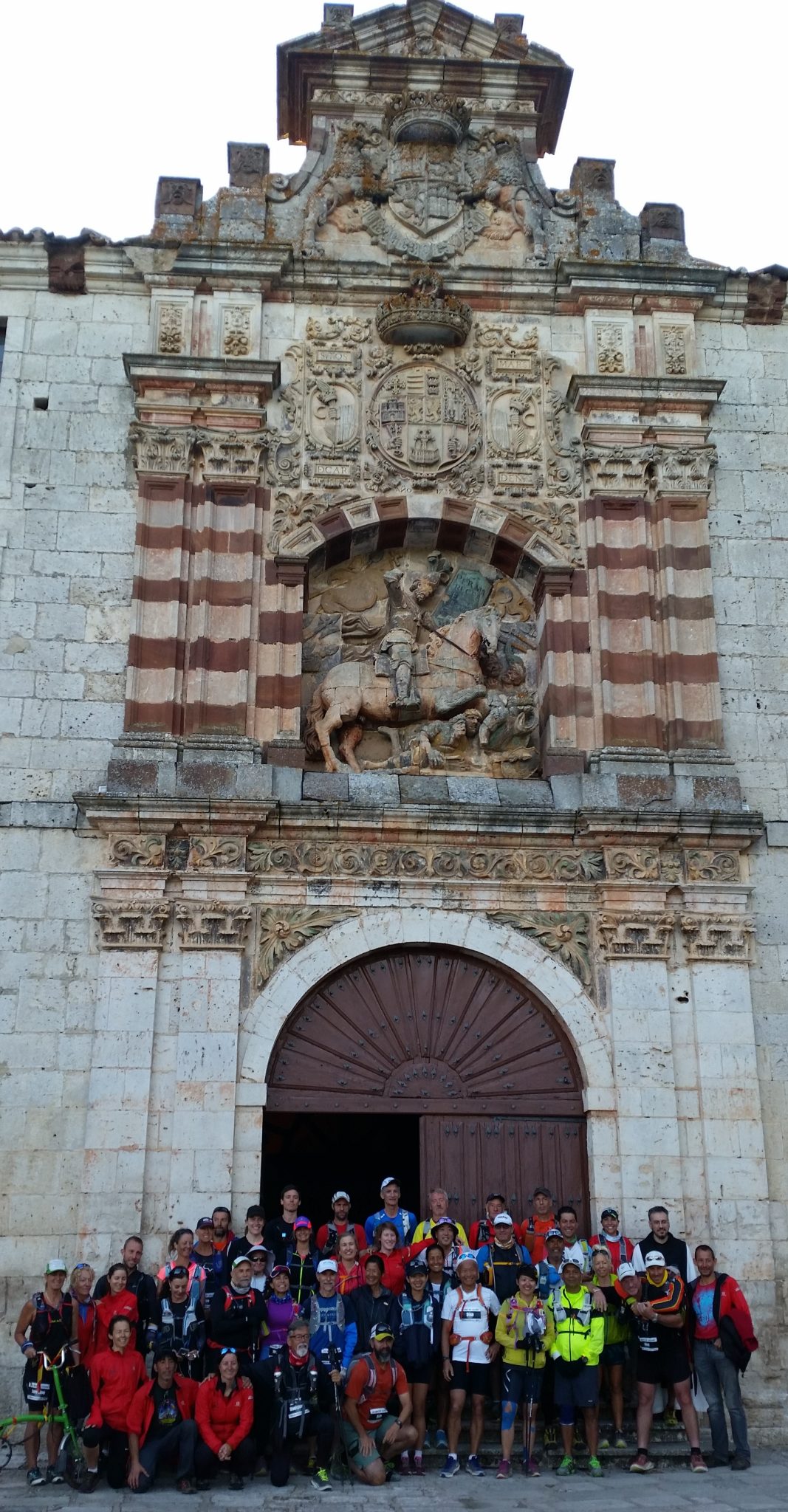 Registration for 2020.
5. The Legend of “El Cid”, The Mercenary Knight and Epic hero