Second Stage: 50km from the Stunning Noble Village of Sedano to the medieval town of Poza De la Sal.

The collapse of the Roman Empire laid open Hispania to the various invading tribes from Northern Europe and Africa but Spain was finally taken over by the Visigoths of Germanic origin. The Visigoths brought two hundred years of relative peace and in the process accumulated great wealth and treasures while establishing their Capital in Toledo. The prophecy spoke of the “cave of Hercules” not only where the vast treasures were kept but also where the destiny of Spain lay safe whilst every successive King continued the ritual of adding a new lock to the door. In 710 AD the noble Rodrigo became King and instead of adding a new lock decided to break the existing ones and entered the chamber to find a depiction of the slaying of the Visigoths and the conquest of Spain by the North African invaders. Within a year king Rodrigo was dead and defeated by Tariq Ibn Ziyad, the Commander at the service of the Umayyad Caliphate, who chased the remaining Visigoth nobles who had fled northwards with the vast treasures.

The Legend has it that Tariq finally caught the last of the Visigoths at their fortress in Amaya in Northern Burgos, here he slay them all and took the coveted treasure before turning west towards Leon to complete the conquest of Spain. However yet again just like their predecessors had done 730 years before some local noble families took what they could of the treasure and disappeared into the steep canyons and high valleys of the Ebro River. Very soon thereafter early medieval towns appeared along these valleys with enormous wealth, building Temples and Castles and setting the foundation for the reconquest of Spain.

Stage 2 leaves the village of Sedano following a  trail down stream through a lush forest past several  beautiful medieval villages till it reaches Valdelateja where the stage climbs steeply up past the impressive cliff hanging Visigoth Shrine and then up and down several more canyon sides before reaching the high moorland where the stage passes the 4500 year old Neolithic Dolmen called “las Arenillas”, then the stage crosses the high windswept plateaus of Masa and finishes with a beautiful long descent passing through the medieval castle of Poza de la Sal just before arriving at Camp 2 very close to the town. 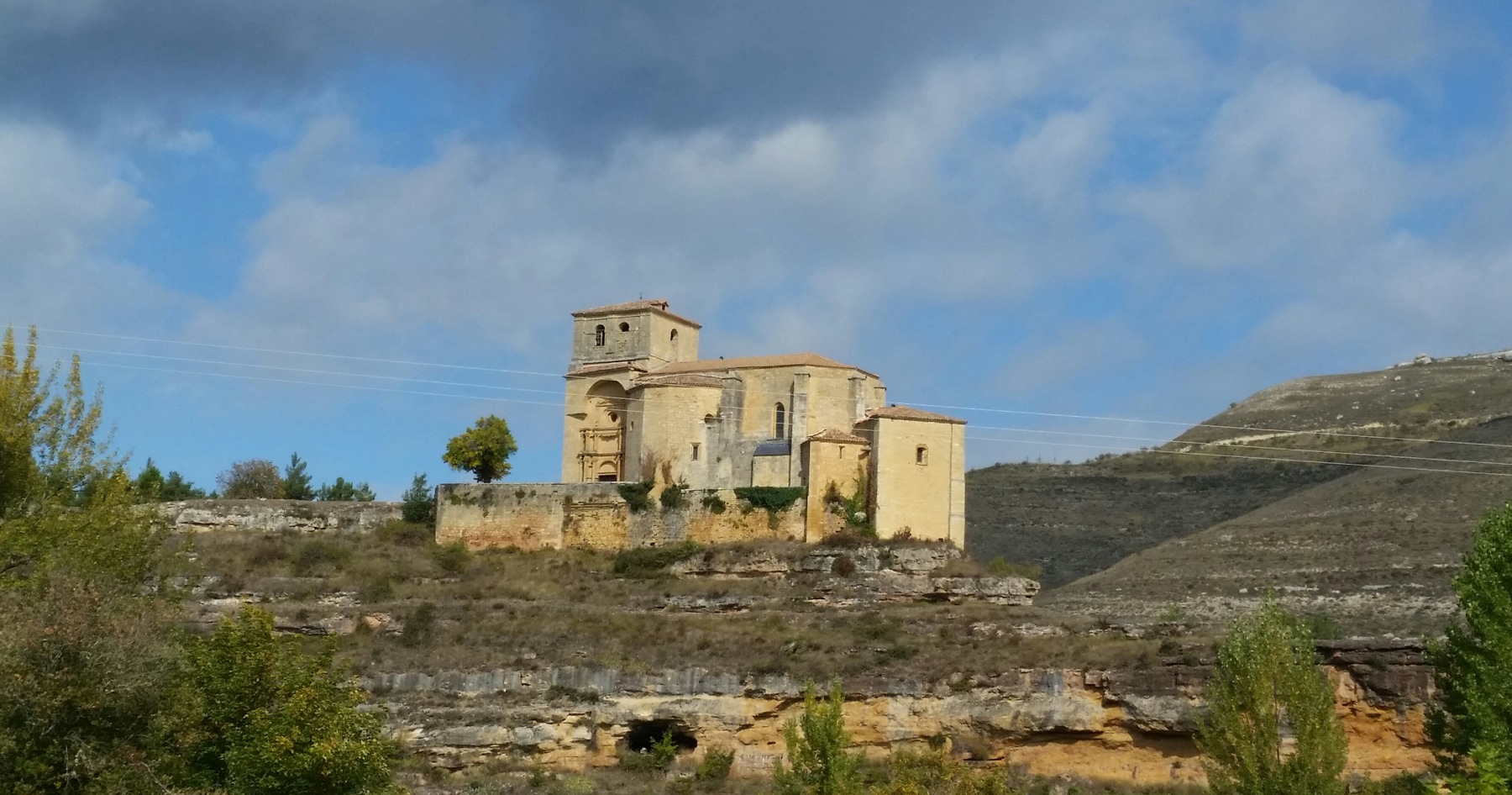 3. The legend of the fratricidal Battle of Atapuerca in 1054 AD.
1. The Legend of the Indomitable lost City of Bravum.