1. The Legend of the Indomitable lost City of Bravum.

First Stage: 48km from the Celtic Hill Fort City of Ulaña to the Noble Village of Sedano.

The conquest of Hispania by the Romans lasted 200 years from 219 BC to 19 BC. The last Celtic tribes of the North West held out for decades, these tribes were characterized as extremely aggressive and indomitable. The fighting was so savage and resistance so fierce that seven Roman legions were called into duty. There was such a high loss of life that many Roman soldiers refused to fight or mutinied. The Legion, the I Augusta, even suffered the humiliation of being forbidden to use the legion´s name and banner as a punishment for their incompetence. Finally The Emperor Augustus himself arrived in command of his army in 26BC, and through his leadership, the Romans set up for the next seven years a permanent siege of the remaining hill fort cities until the last Celtic tribes were finally defeated and the “Pax Romana” imposed.

The Legendary hill fort city of Bravum on the edge of the Cantabrian mountains in the North West of Burgos was notorious during the Roman conquest as it held out against the persistent siege for decades and was the origin of the guerilla resistance that continuously humiliated the Roman legions. However when Augustus lead the final push, the freedom loving Warriors of the Turmogi Clan feared the inevitable and preferred to die eating poisonous Yew tree seeds rather than be slaughtered or enslaved by the Romans. Thus one autumn the city vanished without trace leaving the Romans bewildered. The Warriors may have chosen death over slavery but their families disappeared with the bones of their heroes and a few worthwhile possessions into the narrow valleys and steep canyons of the head waters of the Ebro River from whence their forefathers had originally come from.

Stage 1 Begins at  the historical site of “Castro Ulaña”, the largest Celtic hill fort city in Spain, and heads north towards the high moorlands from where the stage heads down into the beautiful canyons of the Rudron river. Following ancient trails the stage heads up and down the steep canyon sides passing several beautiful medieval villages until it passes by the 6 thousand year old Dolmen megalith called “Valdemuriel” before crossing some open moorland  and finally begining the descent into the stunning Noble Village of Sedano. 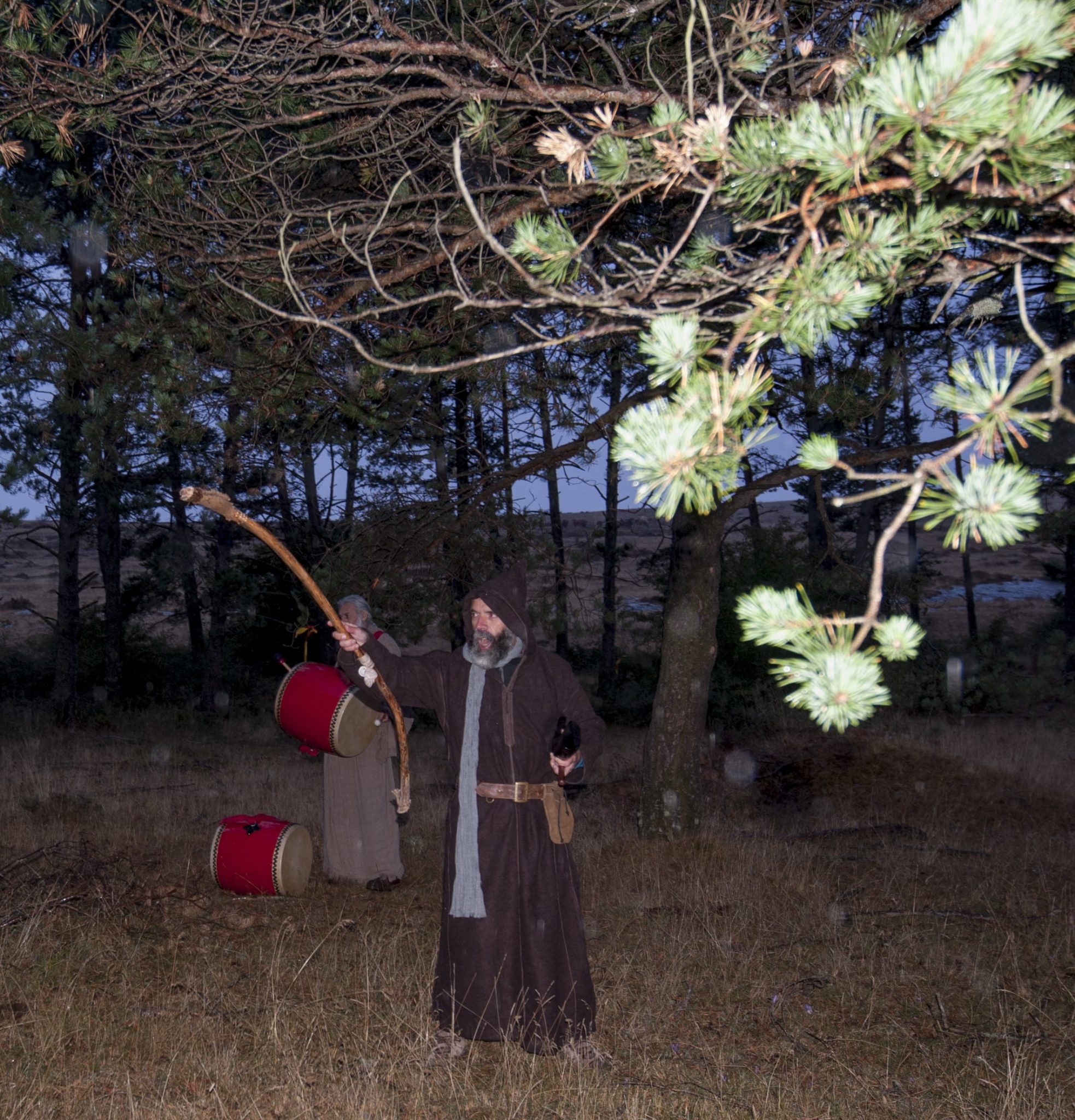 The Druids at the opening Ceremony